Krafton has released the leaks and released date of the much-awaited battle royale title BGMI in India. The title delivers the same BR gaming experience with Ultra HD quality graphics and immersive elements. 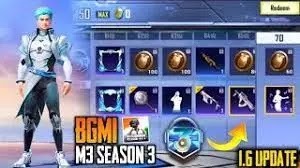 Players can purchase many interesting in-game items such as  Elite Royale Pass, Elite Plus Royale Pass upgradable skins and weapons, and treasure create in this season.

BGMI has introduced a new Royal Pass system. The new regime has a monthly RP cycle instead of a two-month RP cycle like PUBG Mobile.

The maximum RP rank is 50 that was shifted from RP Rank 100 in previous seasons. 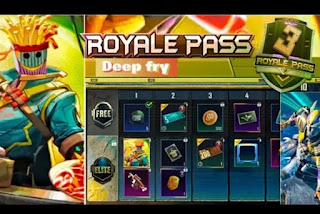 So it would be easy for players to achieve the 50 Rank instead of 100 Rank. You will get a mythic item each season on reaching the 50 Rank.

According to leaks, the next season is expected to be based on food items. In the leak, the RP avatar for season M3 can be seen with French fries headgear.

The next is expected to be based on the food items as per the leaks. According to the leaks, the RP avatar for season M3 can be seen with French fries headgear.

The next RP season will include the Rabbit Set, Golden Kar98K, Golden M16A4, and many more items in the new treasures. These rewards were available in the game’s Season 3 Royale Pass. Players who were unable to get these rewards in the last RP season can get them in this M3 Royale Pass Treasure Rewards.

Upon reaching the Diamond Tier, you will receive the C1S2 Groza skin. Also, the players will get 1000 silver fragments for free.

The exclusive team-up effect at the lobby.

The player needs 4200 level ranking points to reach the Ace Tier. Along with the tier prizes discussed, players will also receive 1600 silver fragments.

For more information, you can visit the Battleground Mobile India website.